Create an Account - Increase your productivity, customize your experience, and engage in information you care about.

COVID-19 information for the City of Healdsburg can be found here. However, the main resource on COVID-19 in Sonoma County is  www.socoemergency.org.

A drought is a long-term water shortage caused by an extended period with little to no precipitation that can lead to a decline in available water supplies. Drought vulnerability is primarily measured by its potential impact to sectors of the city’s economy and natural resources. Healdsburg is known as a wine and culinary epicenter. Fortunately, Healdsburg’s economy is relatively balanced and does not depend on tourism to support its economy. Over 57 percent of jobs are not related to wineries. However, the County watershed is currently experiencing what may become the driest period ever recorded. Social impacts mainly involve public safety, health, conflicts between water users, reduced quality of life, and inequities in the distribution of impacts and disaster relief. Potential impacts of a drought include the following:

Increased flooding due to soil hardening

Increased risk of wildfire due to wildland vegetation drying out

Earthquakes are caused by the movement of large pieces of the earth’s crust, called tectonic plates. As the tectonic plates move against each other, they can become stuck together, causing stress between the plates to build up until it eventually overcomes the friction holding them together. When this happens, the stress is released and the plates suddenly slip past each other, creating the shaking that is called an earthquake. Healdsburg is not located within an Alquist-Priolo Earthquake Fault Zone. However, the city is in a seismically active region, and all of Healdsburg is at risk of one or more seismic hazards. All of Healdsburg, including all critical facilities, residential building units, and population, fall within areas with the potential for either a violent or extreme level of ground shaking.

Earthquakes pose numerous risks to critical facilities and infrastructure. Risks, or the harm or losses, that are likely to result from exposure to earthquakes and liquefaction include: 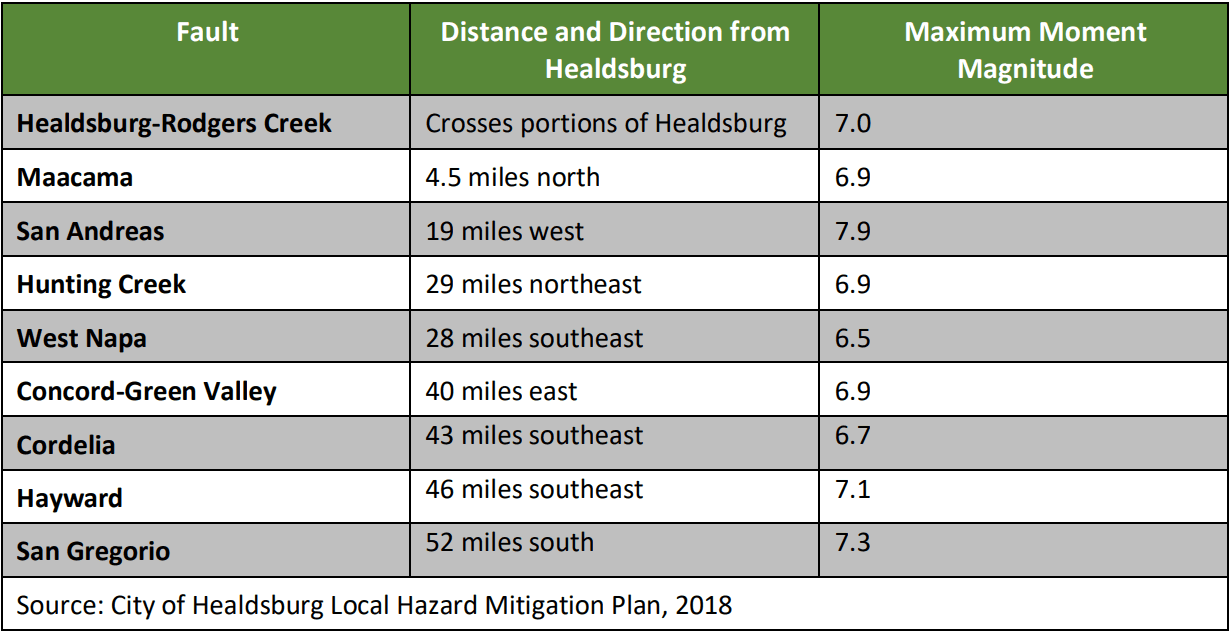 A wildfire is an uncontrolled fire spreading through vegetative fuels. Wildfires can be caused by human activities (such as arson or campfires) or by natural events (such as lightning). Wildfires often occur in forests or other areas with ample vegetation. In areas where structures and other human development meets or intermingles with wildland or vegetative fuels wildfires can cause significant property damage and present extreme threats to public health and safety. Risk to residents and property from wildfire is of significant concern. Wildfire danger is a major threat across the forested, fuel-rich area. High fuel loads in the wooded areas, along with geographical and topographical features, create the potential for both natural- and human-caused fires that can result in loss of life and property damage. These factors, combined with natural weather conditions common to the area, including periods of drought, low relative humidity, and significant winds, can result in frequent and sometimes catastrophic fires. Any fire, once ignited, has the potential to quickly become large and out of control.

Risks, or the harm or losses, that are likely to result from exposure to wildfire include:

Flooding is a temporary overflow of water onto land that is normally dry. Floods are the most common natural disaster in the United States. Floods may result from rain, snow, coastal storms, storm surges and overflows of dams and other water systems. They can develop slowly or quickly, and flash floods can come without warning. Floods can cause outages, disrupt transportation, damage buildings and create landslides.

What to do Before a Flood: 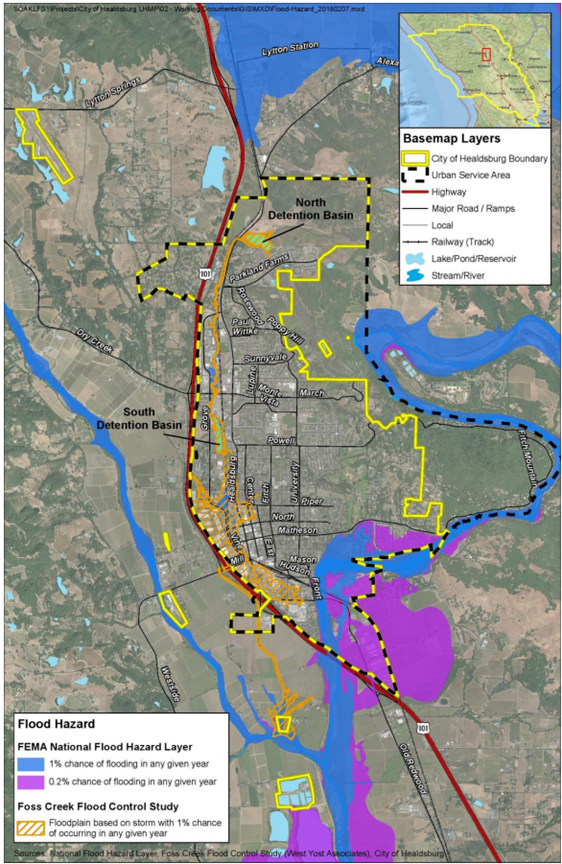 What to do During a Flood: 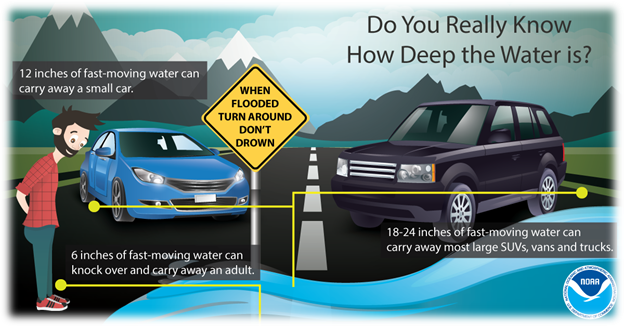 What to do After a Flood:

A Public Safety Power Shutoff is preventative system that utility companies use when they predict extreme weather conditions that could cause a fire. Among many other weather conditions, wind and trees can interfere with electrical transmission and distribution lines, which can ignite fires. While an extreme weather condition may not be occurring in your area, you should still be on the alert in case you are impacted by a Public Safety Power Shutoff.  Go here to learn how our Electric Department is preparing for disasters and what you should do prepare you and your family for public-safety power shutdowns.

For a Statewide PSPS Factsheet, go to Prepare for Power Down.